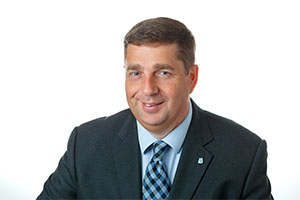 The Council completely understands the need to increase capacity to the electricity network so that then energy being generated offshore can reach residential and industrial consumers in the London and the Midlands areas.

South Norfolk Council also recognises the challenge nationally of planning for a post-carbon world and achieving net zero by 2050, together with the ongoing energy security issues.

However, the importance of getting electricity to consumers should not be at the expense of the open landscapes, heritage assets, wildlife sites, economy and the wider environment.

The Council’s Cabinet considered the proposal which would see the construction of new overhead lines supported by steel lattice pylons of 50m in height with a distance of 350m between the pylons.

As currently submitted, Cabinet considered that the East Anglia GREEN project would have a significant detrimental impact on the environment of South Norfolk.

The Council’s response stated that it is not satisfied that the project in its present form with its proposed overhead lines and lattice pylons is the most appropriate solution to National Grid’s need for increased capacity.

“We are concerned that consideration has not been given to other obvious routes, including the offshore option or putting the pylons immediately adjacent to existing routes.

“Neither has any mitigation been suggested. This could include; putting the lines underground in the most sensitive locations, avoiding listed buildings and the design of the pylons. Nor is it clear how potential impacts on businesses and associated tourism activity has been taken into account.

“I am really concerned that the Market Town of Diss, that I represent, would be surrounded on three sides by these intrusive pylons and they will pass right through the Roydon Fen.”

South Norfolk Council is also concerned that there has been insufficient attempts to engage with local people, businesses and interested bodies. The informal public consultation held just one Public Information event in Mulbarton which Cabinet felt was inadequate, given: the length of the route and the number of parishes that will be affected by the proposed project.

National Grid had agreed with the council which Parish Councils should be consulted as part of the process and it would appear that those parishes affected were not informed either in a timely manner, or at all.

While the principle of getting electricity to customers is accepted, the case for this proposal has not been made. Significantly more work alongside associated consultation and engagement will be required including a comparison of route options and detailed line configuration along the routes and an assessment made on a monetary and non-monetary basis will be necessary.

Only when this is available, should the project progress to the next step.