On 6th November the Norfolk Fungus Study Group held a meeting at Broadland Country Park to look for and record fungi. The site has a wide range of habitats and tree species, which make it a good one for fungi, with an ever-growing list of species. As the Norfolk & Norwich Naturalists’ Society is currently undertaking a three-year research project at Broadland C.P. the group was asked to focus its attention on two of the under-recorded compartments, including some damp areas with birch and poplar woodland. In total we recorded over 150 species of fungi on this single visit, and members also recorded various invertebrates whilst searching for fungi. 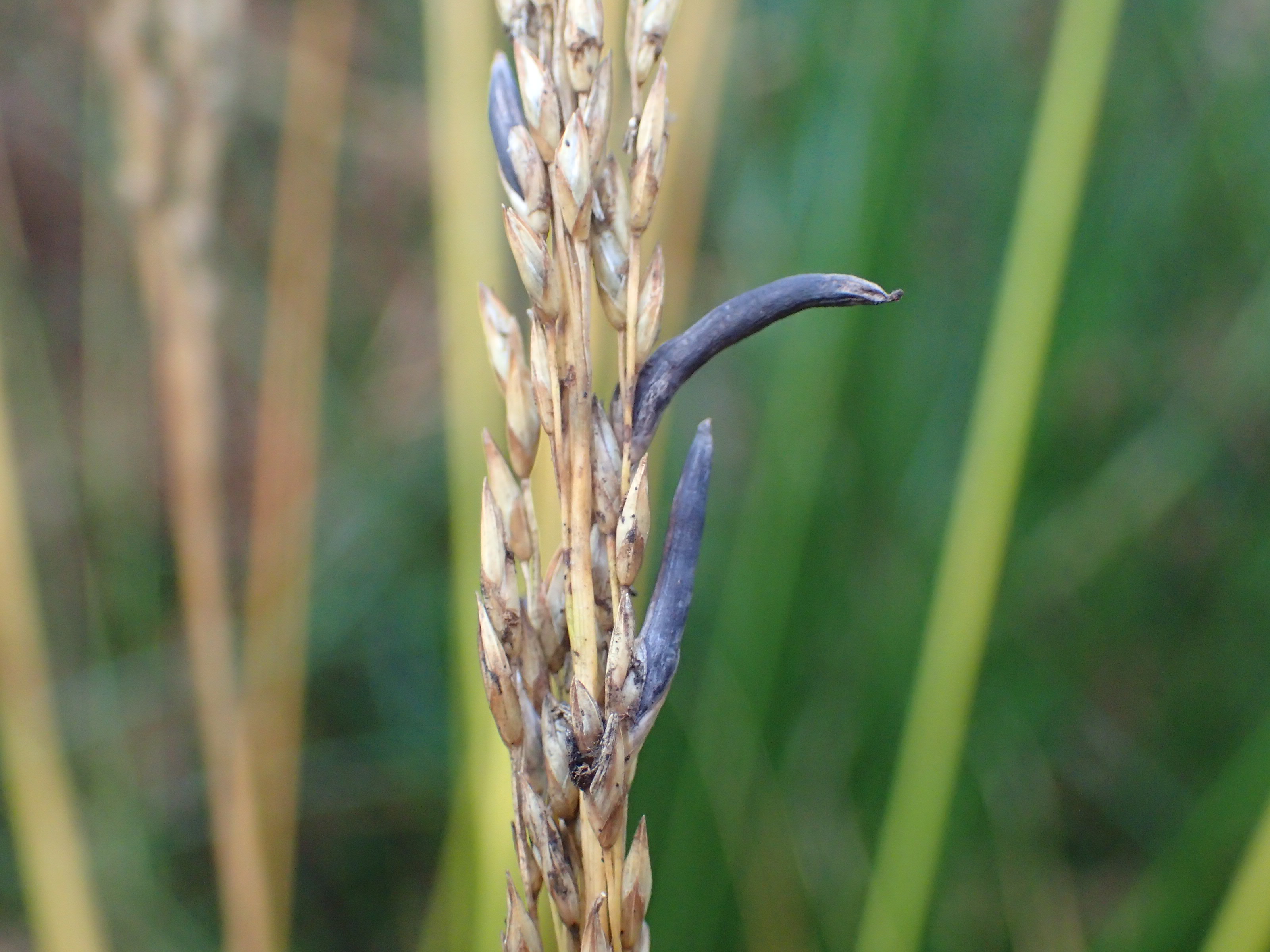 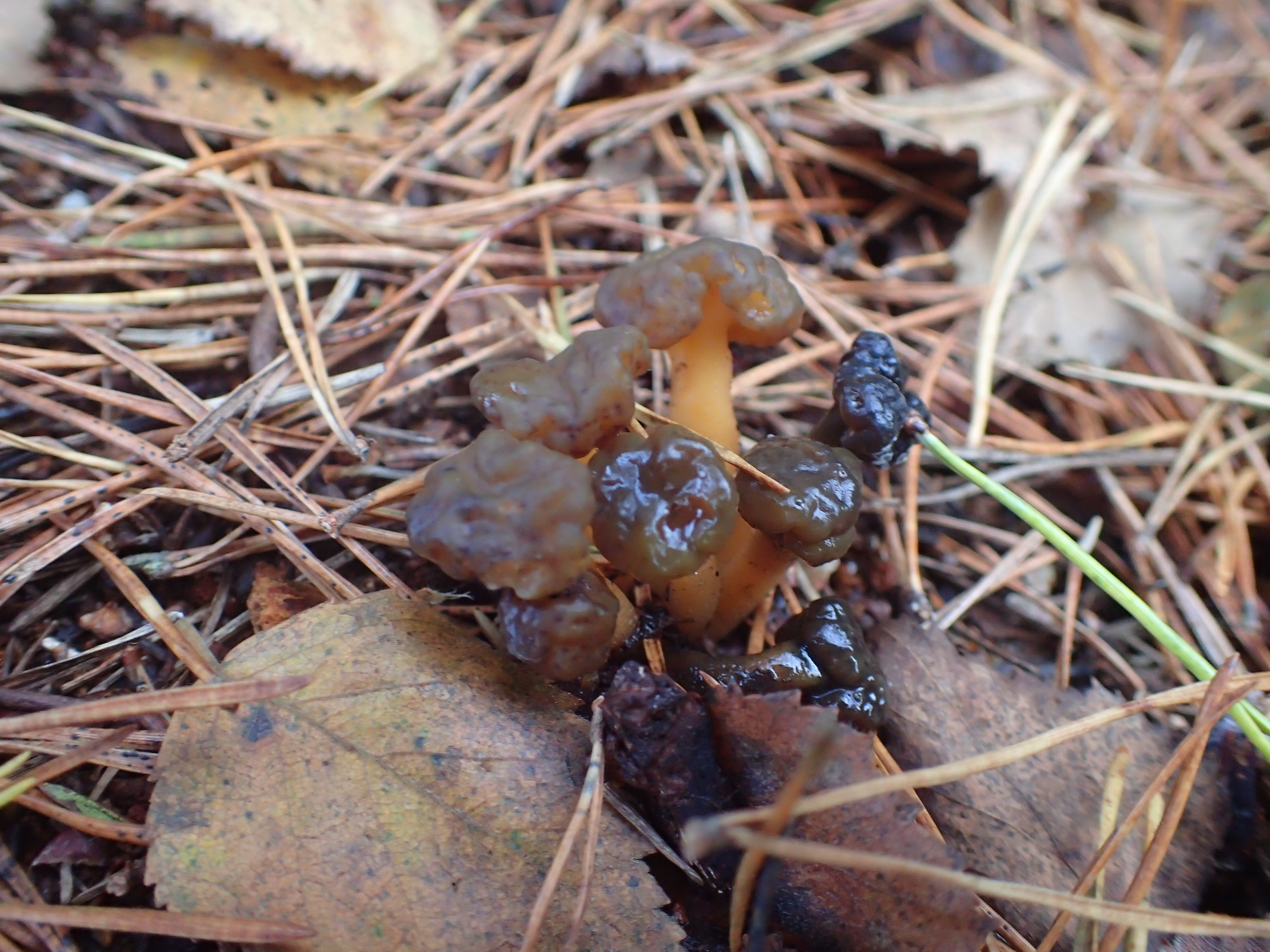 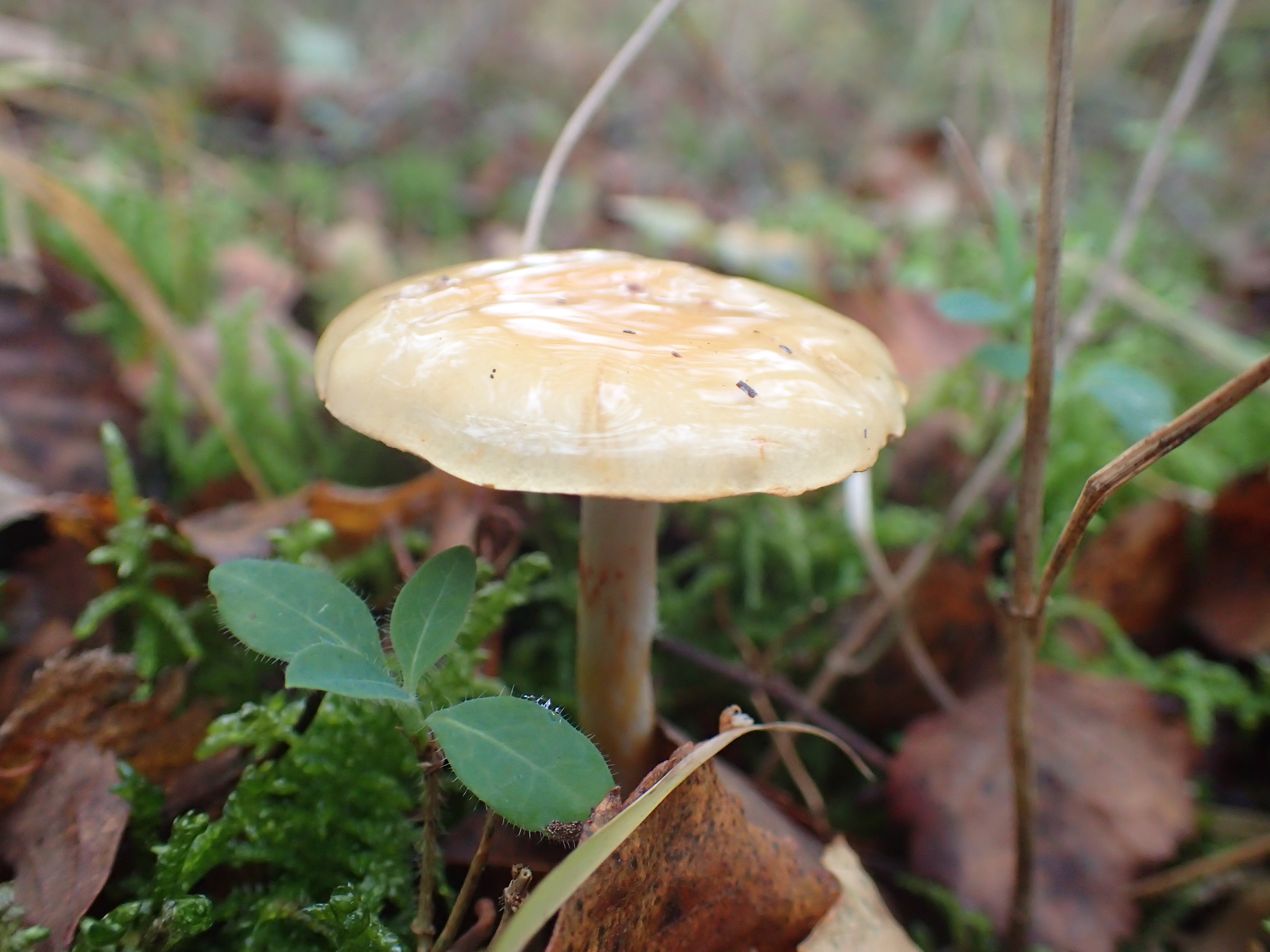 We saw a wide range of interesting species, a few of which are shown here. We noticed lots of the Purple Moor-grass (Molinia caerulea) was infected by Ergot (Claviceps purpurea), which you might be aware of because in the middle ages it caused poisoning (“ergotism”) through contaminated bread. A small green and yellow gelatinous species called Jellybabies (Leotia lubrica) was found growing along the banks of a stream and a slimy-looking species called Yellow Webcap (Cortinarius delibutus) was a new species for many attendees. 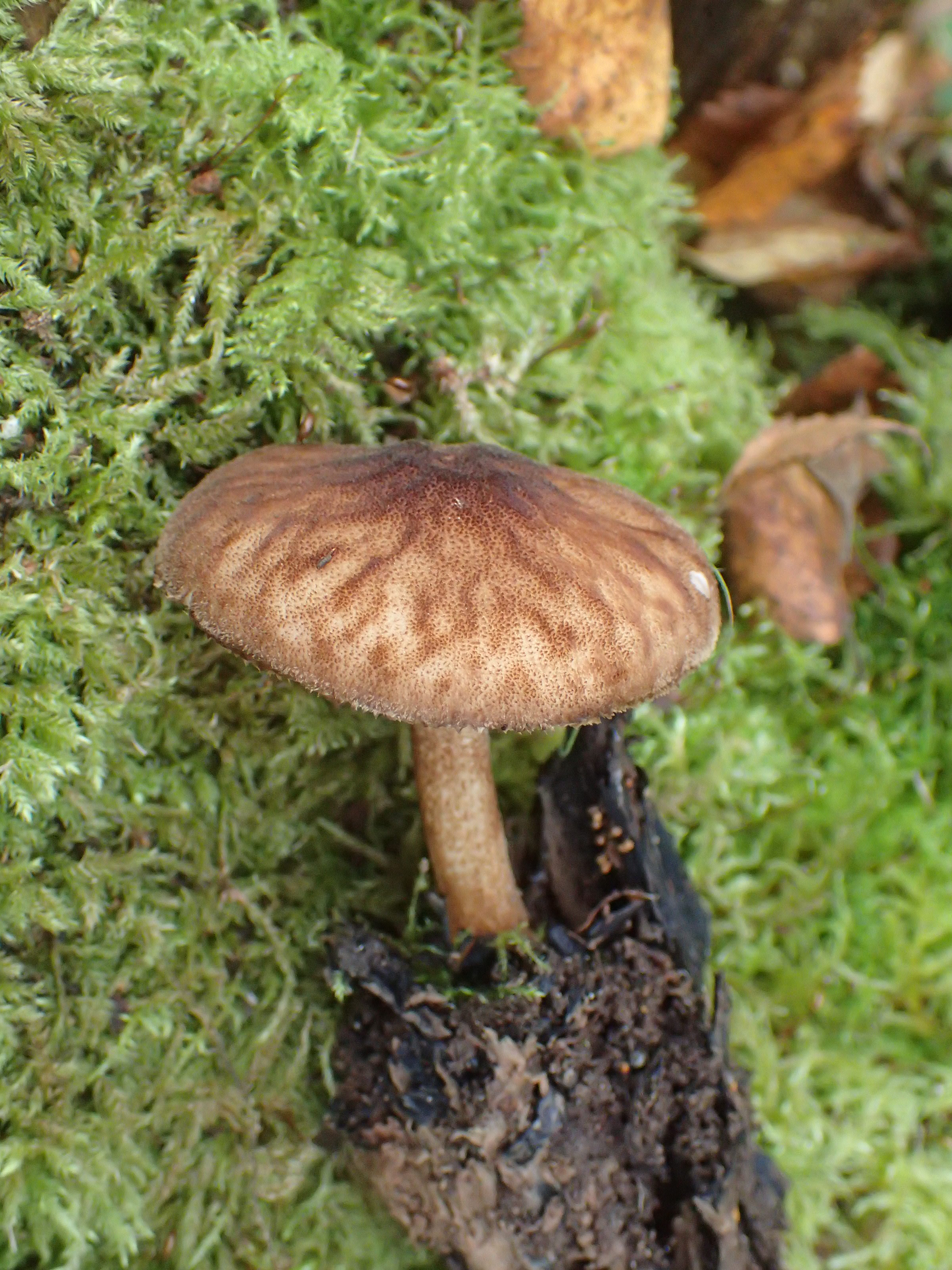 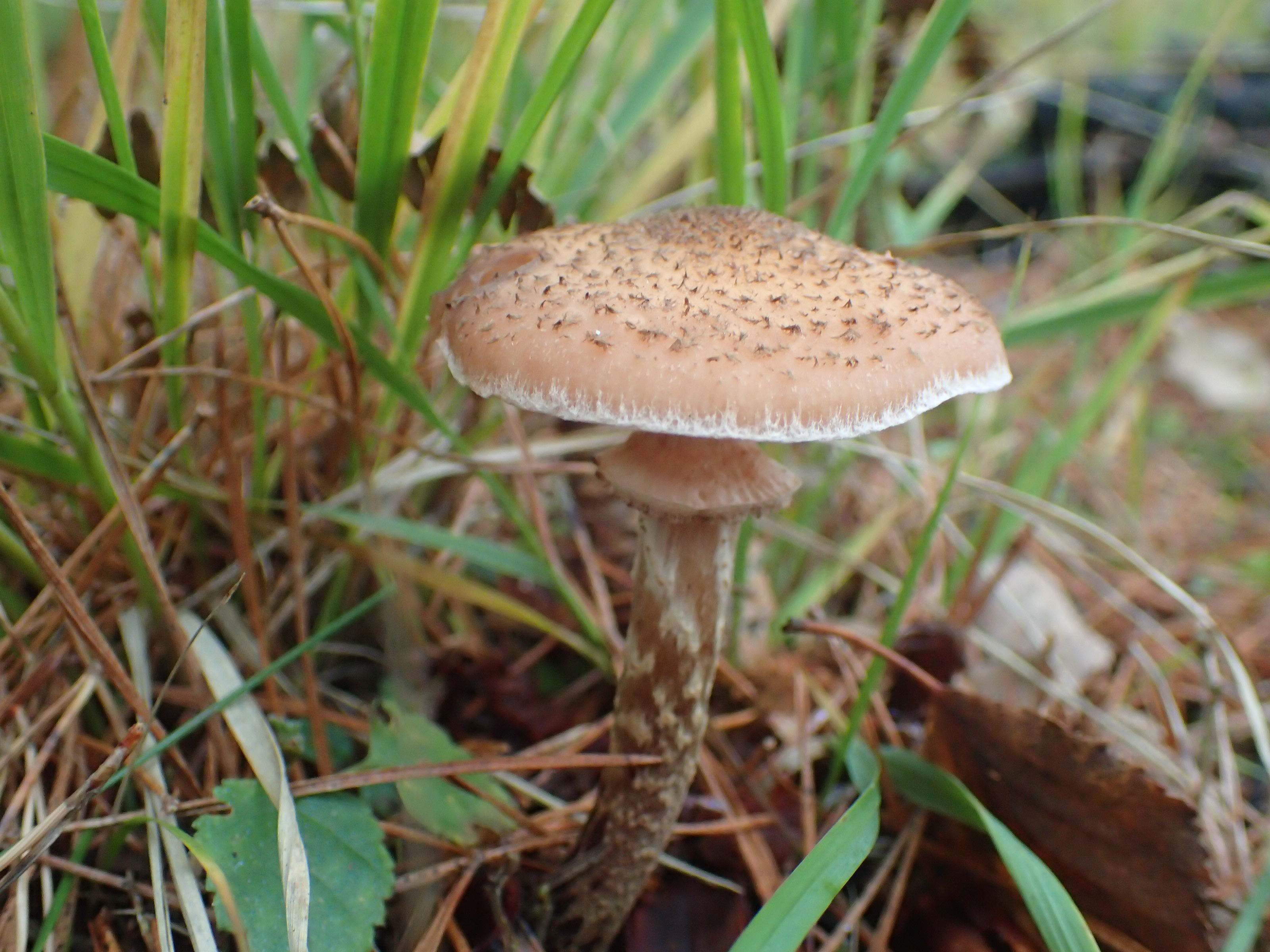 Several species of shield fungus were recorded on decaying wood, showing the benefit of leaving fallen trees and branches in situ. One of the most impressive looking of these is the Velvet Shield (Pluteus umbrosus), which was a brown velvetty surface with ‘veins’ leading out from the centre. Reaching the edge of the woodland a few pine trees were present, and some associated species such as Dark Honey Fungus (Armillaria ostoyae), which is similar to the ‘regular’ honey fungus but with dark scales on the cap and the underside of the stem ring, were seen.

Thank you to Broadland C.P. volunteer Dave Weaver for accompanying the group, and to Sarah Burston for her warm welcome.

There is one response to “Fun-Gi had by all!”